Hendren was one of five transportation experts to speak on the long-term solvency of the Highway Trust Fund, a federal fund that receives revenue from the federal fuel tax.

Hendren spoke on the viability of a mileage-based user fee (MBUF) as an alternative to the fuel tax.

“We are talking about MBUF today because we have lost the connection between how much a driver uses the road and how much they pay for it,” she said. “The long-term sustainability of the fuel tax is in jeopardy.”

As the only participant with direct experience conducting multistate and national pilots studying MBUF, Hendren emphasized the importance of utilizing real-world research.

“A cornerstone of the Coalition’s work is multistate pilots, real-world data analysis, and connecting directly to the drivers to figure out the feasibility of replacing the fuel tax with a distance-based approach,” Hendren said.

She also emphasized the need for sustainable transportation funding, highlighting the Coalition’s research during its five demonstration pilots featuring 1,300 passenger vehicles and 270 trucks in 14 Eastern states.

Citing Coalition research, Hendren said a successful MBUF implementation strategy must address public education, privacy concerns, and the effect on different geographies and socioeconomic groups. She also noted the need for a solution that considers all users, including passenger cars and trucks.

“At the Coalition, we’ve designed our multistate work to show how MBUF affects actual drivers across a variety of real-world environments and to bring forward insights about how MBUF would work on a national scale,” Hendren said.

The testimony is part of the Coalition’s overall strategy of communicating with policymakers about the viability of MBUF and its effects on passenger cars and trucks in the Eastern Seaboard. 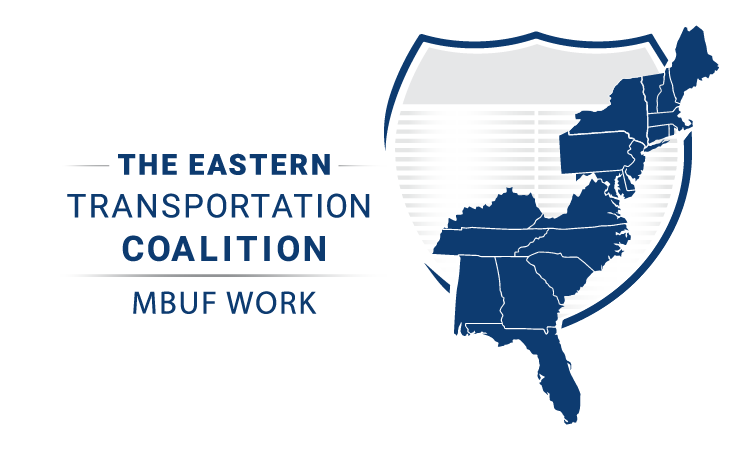